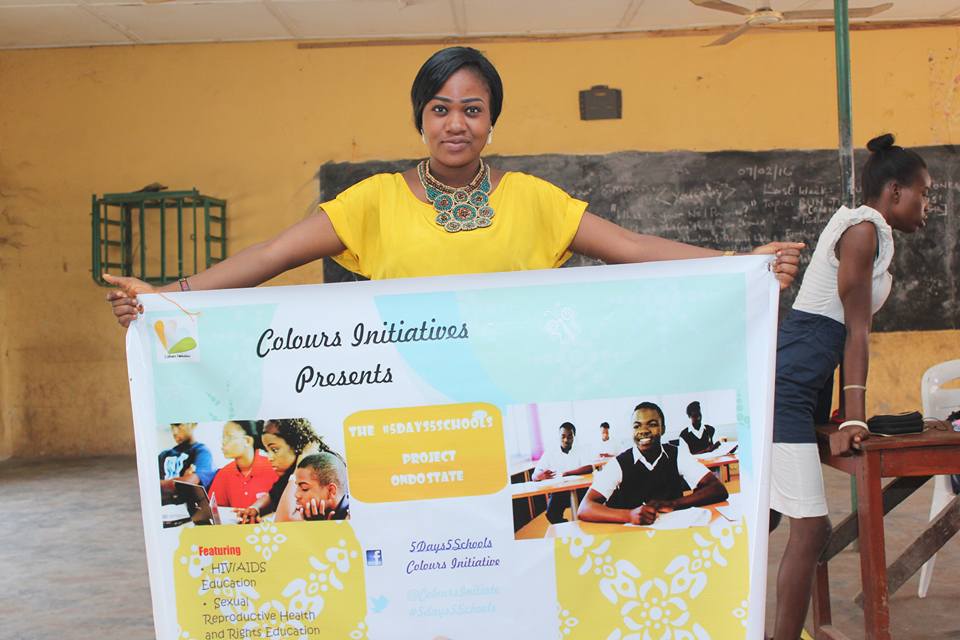 Overall, there was an estimated 1.3 million adolescent deaths in 2012, most of them from causes that could have been prevented or treated.

Estimates suggest that numbers of HIV deaths are rising in the adolescent age group. This increase occurred predominantly in the African Region, at a time when HIV-related deaths were decreasing in all other population groups.

In response to this, Colours Initiatives carried out a week long educational project, which was designed to educate secondary schools with key population on HIV/AIDS, Comprehensive Sexuality Education, and Sexual Reproductive Health and Rights. ‪#‎SRHR‬. The project titled ‪#‎5Days5Schools‬ reached over 450 adolescents from various secondary schools in the State’s Capital, Akure.

The journey started at Aquinas Boys College and moved to Ondo State School for the Hearing Impaired and ended at Shagari Estate High School. The students were elated after the programme, as they were enlightened by the information they did not have before.

Young people were also mobilized towards accessing the youth friendly services available at the State’s Adolescent and Youth Friendly Centre that is situated at the State’s Specialist Hospital, Akure.

Ending new transmission of ‪#‎HIV‬ is a joint assignment, the fact that one person is infected has affected everyone of us.

Oops, you forgot something.

The words you entered did not match the given text. Please try again.